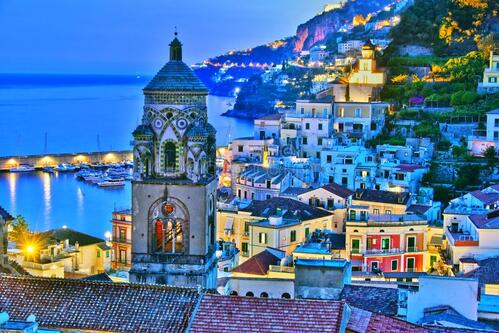 🌸
The Italian port city was famous for two attractions ...

As many experts have claimed both are original ...

they contain all the southern sins, indulgences, prayers and curses of the lush Italian climate. 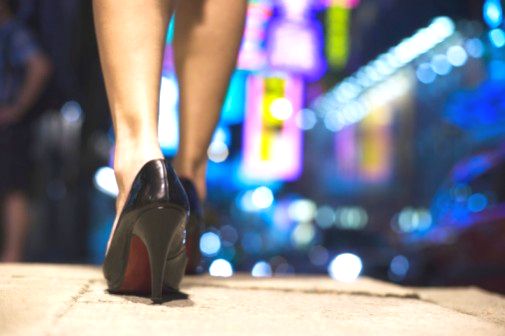 The Confession of Lucia

​🌸​
The Italian port city was famous for two attractions, its churches and its whores. As many experts have claimed, both the churches and the whores are very beautiful, original and contain all the southern sins, forgiveness, prayers and curses of the lush Italian climate.

In this city lived Lucia, a prostitute and very beautiful, the typical Italian woman, whose voice is strong, a little hoarse and yet very feminine, because it vibrates with all the smooth balm of the feminine hormone.

Lucia was not, by the way, a run-down corner whore, at the age of twenty-five, in the full bloom of beauty, she received her clients on the terrace of a gas station near a motel on the outskirts of town. She didn't have a pimp, but she didn't need one, because Lucia was an institution in her own right, and her cousin was a notable figure in the local mafia, and could hit fast and hard, so no stranger would dare to tax the beautiful Lucia's sexual industrialism.

So the temperamental Italian girl sat on the terrace and the hormone-fuelled client came. A glance, some ancient, corrupt yet vital bargain, and the rest took care of itself. And yet there was something innately graceful in the way this streetwalker pocketed hundred euros, and there was something of the wailing of fallen angels as she laughed and clung to the client and took him, took him with her to the small, quiet motel where, as a risk and a side effect, hormone-stressed men stole half an hour of male illusion for themselves.

The gas-station boy also knew that Lucia had become a whore at eighteen. She wanted to marry and have half a dozen bawling Italian children. It may not have happened exactly like that, but the story was a touching one and the petrol station boy told it many times to the nice and kind slut's returning customers.

This love disappointment was much more beautiful than the depressing Balzacs and Zolas whore motifs, when hunger and poverty turn the streetwalker into Venus's ATM machine.

So this is how Lucia lived as an independent sex priestess when she first met the Stranger. Since the stranger's name is tactfully omitted in this story, we let him into the story and into Lucia's bed as a Stranger, with a capital letter.

The quiet, gentle-mannered man, by the way, wanted exactly what every other man on the street wanted. At first, Lucia didn't even notice that the Stranger was a little different from the others, like the gold-diggers speeding in open sports cars, the drunken truck drivers, the respectable family men arriving in secret and in fear.

The Stranger was different.

This became clear when they started talking. In a strange, slightly southern accent and very nicely. He spoke in a conversational way and didn't say to Lucia "Hello!" or "Hi baby!" as most customers do, but said "I kiss your hand!" He paid the hundred euros and said, nice and quiet, "I kiss your hand!"

We can't imagine how rare it is for a hooker to say "I kiss your hand" to a hooker these days. But the Stranger was well-mannered. He came twice a week, did not introduce himself, as was the custom with Lucia's regulars, nor did he scold his wife or complain. Whether he did or not, Lucia slowly told him about her whole life, her childhood, her mother's death, her rich aunt in the textile factory, her first love, and even once about the first hundred euros she had received from a chubby Swede after her first ride.

The nameless, quiet, whore-loving decent man. The Stranger, whose skin smelled so different. The branded aftershave had a strange, spicy scent that she couldn't identify, even though she'd smelled a lot of men in her five years as a prostitute.

Like it or not, the business relationship had turned into a proper affair, then love. At least in the mind of the fluttering corner butterfly, who found herself wondering what it would be like to make love for free to the Nervous One? Just for... no money... I wonder what "I kiss your hand" would sound like then? As we all know, passion begets passion, so the Stranger was not immune to this flaring beautiful misery, this love blossoming on a street corner. Still no name, but still I kiss your hand! He greeted Lucia when he paid.

In a moment of flame, Lucia repaid him, kissing the Stranger's hand. There was something of the purifying humility of Mary Magdalene in this kiss of the hand, as the patron saint of harlots once, long ago, at the most beautiful and holy of all the Old Gospel weddings, had bent down at the feet of Jesus ...

The Stranger had delicate white hands, it was obvious that he had never done any physical work, and what was definitely reassuring to Lucia was that he had no wedding ring on his finger. Just a scar. An old, diamond-shaped burn.

The Stranger had once told me that he had burned himself as a child when he dropped the incense as an altar boy, and since then he had worn this strange scar like a brand on the back of his hand. It would be his strange mark if he were wanted by the police, he once joked.

Many Wednesdays and Saturdays, Lucia would lie beside the Stranger and kiss the rhombus-shaped scar with a soft humility and a wet woman's mouth.

It was at this time that Lucia's aunt died, so she inherited her textile mill. She was a little frightened by this great stroke of luck and felt that something in her life had to change completely. She once asked the Stranger if he had a wife, but the answer was a definite no, and Lucia knew the Stranger did not lie.

Since becoming a business owner, Lucia had no need to whore herself for money, but it would have been very unfortunate if she had missed the Stranger's hugs on Wednesdays and Saturdays. Especially as she had no other hugs in her life. Slowly, the cheap enamel of the whores was peeling off her, she was shedding, growing new skin, forgetting the truckers with glasses, the golden boys, just waiting, waiting for Wednesday and Saturday, the barely perceptible groove of the diamond-shaped scar under her lips, the strange, spicy smell of men.

Since she had become a business owner, she had always shyly put aside the hundred euros she had received from the Stranger. In an old Bible she'd inherited from her grandmother. And then, it's not known how the accident happened with the professional, but she noticed she was expecting a child. I can't really describe the feeling that came over Lucia at that moment, a storm of joy, a screaming fright, a pleading sob... I don't know what it was...

​Anyway, one Saturday night she told the Stranger that she was going to have a baby. They were going to have a child. The Stranger watched, silent and well-behaved this time too, and again said goodbye with a kiss on the hand. Never again did he come into the arms of the motel fairy.

Lucia died several times in this departure, but sadly or fortunately, she survived more than once.

She didn't even think of sleeping with clients anymore, she went to the small factory and sometimes put her hand on her slowly curving belly. No one knew anything about the Stranger. Her neighbour, Giovanna, who had an instant opinion on everything, thought it was surely the finger of God that Lucia should turn out well and bring up her child.

Lucia went to confession a few weeks before the birth because Giovanna, who had an opinion about everything, believed that she should only give birth to the child when she was purified.

And Lucia went. She went to a church in the city centre, far away, to confess, to be purified as a worthy shell for the little miracle lurking in her body, the creative magic of love that she had left over from the Stranger.

She also took the old Bible, in which lay the hundreds of euros. She decided to give it as a donation to an orphanage and then ask the priest for whom ...  and to put the money to good use. And Lucia went to confession. She carried in her soul a desire for purity, some vague hint of an ever-present heaven, a translucent soul, a Love and Love that, if it kills you, will keep you alive.
​🌸 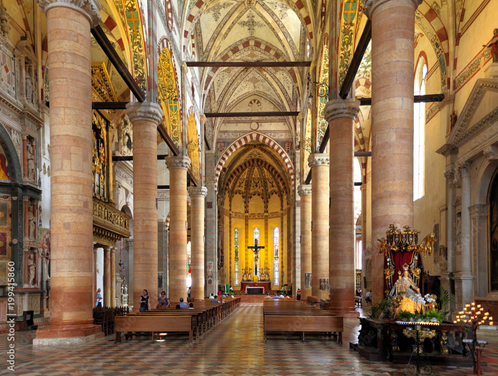 ​🌸
The huge church welcomed her like a monster of stone. On the ornate ceiling, wide-eyed angels danced in a circle. Lucia tried to pray, and indeed... she felt, smelt in her nostrils the odor of the Stranger's unlike spicy aftershave, smelt the dead dreams of her distraught, wretched little soul.

Then, in the confessional, she began to speak, trembling, mechanically, listing her sins, confessing her love for the Stranger, saying and saying and getting no answer. There was just a great, terrifying silence. And when the confession was over, no one answered from the booth.

There was no chorus of words, no absolution.

It was as if someone on the other side of the bars had faltered. "Is the father sick?", Lucia was frightened, and immediately she remembered that she must have said such terrible things about her whore past that the father...

Well, the father must have been really shaken by what he had heard, because he had to hold on. And on the hand gripping the part under the bars, as if in a sad divine sneer or a wink of light from the archangel Lucifer, a streak of light from the church window flashed, illuminating the nervous white hand. And on the back of the hand was a scar that could not be mistaken for anything else. A diamond-shaped scar, a burn from childhood.

It's too much to say what Lucia was thinking at that moment. No one can think at a moment of great revelation.

Nor could Lucia, she could only sense that the smell of the church was something like the aftershave the Stranger used, the distinctive scent, the smell of the well-groomed priests who daily bathed themselves in incense smoke at Mass, and that smell, mixed with the men's perfumes, became a particular perfume unmistakable with anything else. There was silence.

Lucia sat up on her big belly, kissed that scarred hand under the grate slowly, with stunned calm, and started to walk out. And the white hand glowed cowardly, lifeless, faceless, gripping the edge of the confessional grille like a dead white octopus.

And Lucia went, went out. She stopped at the bushel at the entrance, took money out of the old Bible, and stuffed them into the bushel.

- I kiss your hand! - she shouted up somewhere towards the high silent church tower and began to laugh. And several passers-by stared in dismay at the elegant, pregnant beauty as she stood in the church doorway, laughing and laughing and tears streaming down her cheeks...​
​
Lucia gyónása  /  Szőke Mária Magdolna
​🌸
​🌸
​🌸